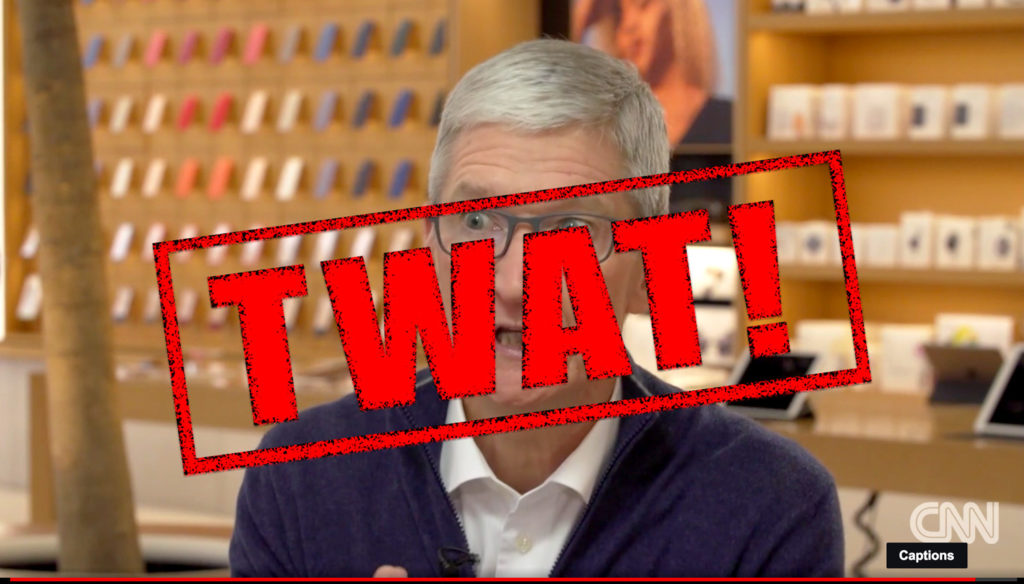 We knew Tim Cook was a twat back in October ’18 when he claimed to be one of God’s favorites, and knew ‘what it was like to be a minority‘ as a cis white male multi-multi-multi-millioniare AND part of the 1%.

Back in January he dined with the right-wing gay hating Brazilian President Jair Bolsonaro. The Brazilian version of Trump has said:

“I would not be able to love a homosexual son, I’m not going to give a hypocrite here: I’d rather have a son of mine die in an accident than show up with a mustache“

Now, we’re not particularly fond of mustaches either, but this was the first time we’ve heard of using the word ‘mustache‘ as a gay slur!

Any way, this mustache, Tim Cook, has doubled down on his right-wing authoritarian get togethers.  Yesterday, March 6th, he sat down next to President Donald Trump as a member of Trump’s American Workforce Policy Advisory Board.

UPDATE:  Tim Cook’s dinner companion, Brazilian President Jair Bolsonaro, actually tweeted out a gay watersports video from Brazil’s Carnaval and asked what ‘golden showers’ were.  Too bad he didn’t think to have his friend Tim Cook ask Donald what it means!