Radical Christian Extremist Pastor James Manning of the ATLAH World Missionary Church is arguably one of the most homophobic and abusive people to be in charge of youth that you could find. Not only is he batshit crazy (NOTE: I’m not a psychiatrist. That’s a personal opinion based on evidence presented.), but he’s got a church named ATLAH and a mouthpiece – and he’s out for the fags. As an added bonus, the Southern Poverty Law Center classifies the ATLAH church as an anti-LGBTQ hate group. 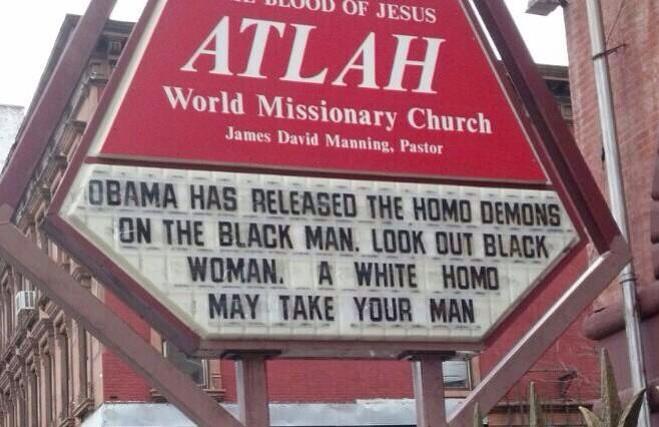 I need some BBC! Hand over your man, black lady!

He has confessed that he has ‘Absolutely’ Been Tempted By The ‘Gay Lifestyle’ saying, “A number of people think semen tastes good.”

“A number of people think drinking semen is a good idea,” the man of the cloth continued. 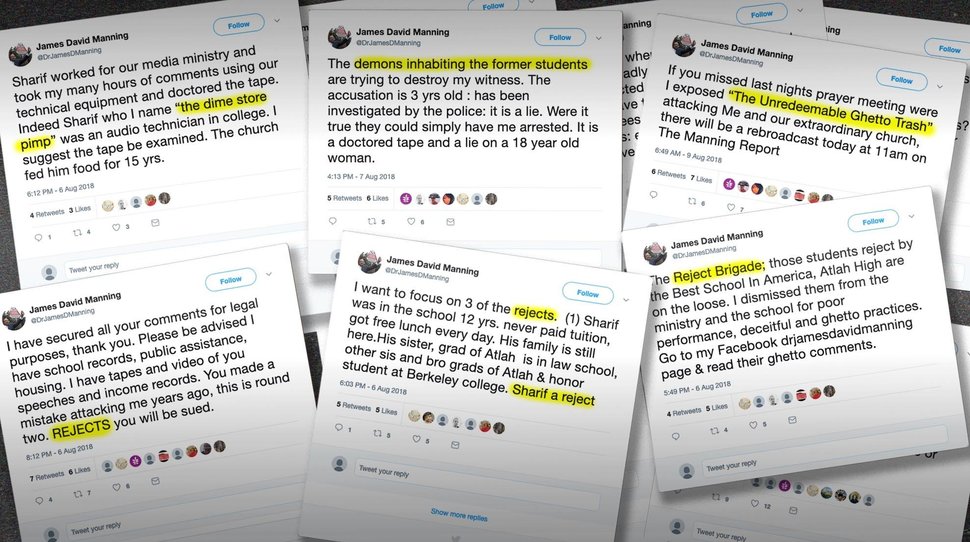 I’m not batshit crazy. Now kindly hand me my coffee.

Paster James David Manning of the ATLAH World Missionary Church spent 3 1/2 years in prison in the 70s “for burglary, robbery, larceny, criminal possession of a weapon”

Pastor James David Manning of the ATLAH World Missionary Church says that ‘true’ Christians have to be willing to kill gays. And racists. So there’s that.  The video has since been removed from Youtube as hate speech, but fortunately you can watch the spewing fountain of hate here!