If we have to tell you who Harvey Milk was, and why he is so important, then fuck you, you clueless loser.

His killer, Dan white, gave us the “twinkie defense” (which sounds like something the guys at BoysHalfwayHouse are desperately in need of) claiming too much sugar made him do it.  The jury fell for it and they let him off easy.

This didn’t go over well and lead to the  White Night riots of 21 May 1979 (yes, it would have been Harvey Milk’s birthday the next day). 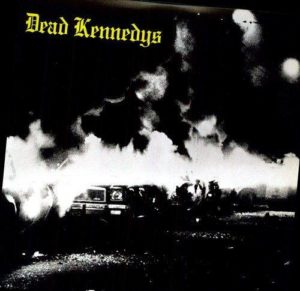 The crowds set a row of police cars on fire, making for a very cool Dead Kennedy’s album cover.

If you don’t know who the Dead Kennedy’s were then fuck you, you clueless loser.

BTW, Twinkies don’t really last forever.  And neither did Dan White. He killed himself by sucking the exhaust pipe of his car in his own garage.